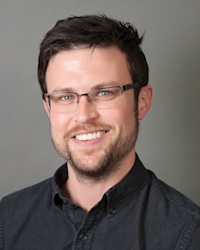 Scott is a founding member of the Bell Street Four trombone quartet, who won the 2008 International Trombone Festival Quartet Competition. At the American Trombone Workshop, he won the 2009 Division Three National Solo Competition, and the 2010 Composition Competition. He remains the only person who has won both events.

In 2013, Scott’s First Things for concert band was chosen as a finalist in the Third International Frank Ticheli Composition Contest. A recent commission, Purple Trajectories for nine trombones, received its premiere at the 2015 American Trombone Workshop, and won the 2015 Southeast Trombone Symposium Composition Competition.

His students enjoy a well-rounded curriculum of music theory, history, and performance fundamentals in their formative years. Many win positions in regional, area, and all-state ensembles, then pursue collegiate studies while continuing to play.