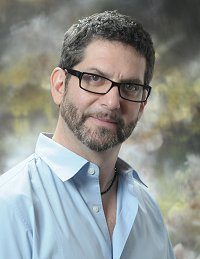 Dr. Paul Bonneau was Music Director for the Flower Mound Symphony Orchestra from 1996 to 2013. With Bachelor, Master, and Doctor of Music degrees in composition from the University of North Texas, he enjoyed a career conducting, composing, and teaching. He began conducting in the late 1980’s with the production of his original works for concert hall and modern dance.

Dr. Bonneau supervised the FMCO’s growth to include the Symphony Orchestra and the founding of its two educational orchestras: the FM Preparatory Orchestra (founded in 1997) and the FM Progressive Orchestra (founded in 2001), unique ensembles in that they include older children, teens and adults. This creative environment allows multi-generational families to participate together in ensembles.

Dr. Bonneau’s compositions include works for film, television, dance, orchestra and all manner of acoustic ensembles and solos. They have been performed throughout eastern and central Europe, England, Canada, and the United States, including Carnegie Hall and the Juilliard School.

His works that have been performed by the FMSO are:

Commissions awarded to Dr. Bonneau include:

Dr. Bonneau was the founder and Music Director for the Chancel Orchestra of Trietsch Memorial United Methodist Church in Flower Mound from 1999-2010. His orchestral arrangements of hymns and anthems were performed weekly with the Chancel Choir.

Dr. Bonneau enjoyed reading, visiting with friends, practicing yoga and rock climbing. He was a talented director and composer, an incredible musician, a colleague and a friend to the members and board of the FMCO. He was the soul and creative energy behind FMCO, and he will be dearly missed.